As-Salaamu-Alaikum,  One of the reasons why I started this blog was to record our MashaAllah moments.  The moments with the kids that make it all worthwhile.  I feel so blessed to have been given this special opportunity by Allah (God).  And it slips by so fast.  You blink and it is gone.

I can’t believe that my oldest is going to be 4 in two weeks and my baby is already 2!!!  Where did the time go?  Things I said I would never forget are already fading as they are replaced my new memories I say I’ll never forget.  The first time I held Saffiyah in the hospital.  Her first real smile, the first time she called me mommy.  The first time she met me at the window when I returned from work.  She told me recently, “I love you mommy, you the best mommy in the whole world!”  Said with such enthusiasm and sincerity that I hope I never forget.  Even when she inevitably does…

Ali, came to me one day, he came running to me in the kitchen and said Mama – I love you!  And then he ran away.  This was so sweet because he was just learning to talk and I would kiss him and say “I love you, Ali.”  then I would wait and say “You love mommy, say I love you mommy” but he never would.  This continued for about two weeks then suddenly one day there it was.  He ran as if he suddenly realized what it meant and he just had to tell me!  MashaAllah these are the moments that make motherhood possible

Saffiyah (age 4) was entering full swing into one of her rare but vigorous tantrums.  Running as fast as she could to the end of my patience and I could feel my own temper rising up to meet hers.  Al Hamdulilah, (Thanks to God), I did the right thing and immediately sent her out of the room.  “Go sit on the couch”, I yell.  Yes, I yelled.  But really I’d had enough…ENOUGH.  So she runs crying from the kitchen, where she had just made her latest mess.

Ali, who just turned 2, three weeks ago ran to meet her.  I hear him asking, “Wat appen’n” in his broken 2 year old english.  More crying and hysterical sobbing, as if I had actually put my hands on her.  “Wat mat-ur?”  He asks again.  She still doesn’t answer.  “It ah-rite” he tells her.  “Hurt?”  He asks, he can ask that very well since usually he is the cause.  “It ah-rite.”  He tells her again, and gives her a hug.

And I smile to myself.  Because really it is alright now.  I’m just so thankful to be raising children who care.  That it reminds me, his mother how much small kindnesses and sympathy mean to us all. 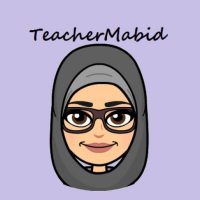